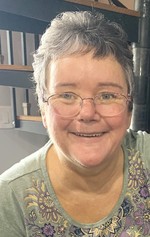 Bridget took care of her loved ones and never expected anything in return. She will be remembered for her witty humor and her wonderful punch lines. She spent time volunteering in the kitchen at Court Towers where she resided for the past 11 years and helped people that needed it whenever she was able. She loved animals, her dog Yuri, Aaron Rodgers, John Wayne, Johnny Cash and made it Graceland.
The family would like to extend their gratitude and appreciation for the exceptional care she received from the staff at Park View Health Center. They made her final days comfortable for her and her family.
A memorial service will be held at Geils Funeral Home, 180 S. York Rd. Bensenville IL 60106 on February 1, 2020 from 2PM to 6PM to celebrate Bridget’s joyous life. Bridget will be laid to rest at a later date next to her parents in Chapel Hill Gardens, Oakbrook Terrace, IL.