To share your memory on the wall of David Johnston, sign in using one of the following options:

Provide comfort for the family of David Johnston with a meaningful gesture of sympathy.

Dave and Sue had three children: Pam (Dan) Gosenheimer of Wild Rose, Andy (Pam English) Johnston of Oregon, WI, and Alex (Katie) Johnston of Wild Rose; six grandkids: Ben, Travis, Carter, Owen, Scarlett and Dane, who he loved to the moon and back. He is further survived by his sister, Mimi (John) Jacobs, and brothers-in-law and nieces and nephews. He was preceded in death by his parents, and sister, Sue Aukamp.

At David’s request, there will be no services.

The family extends a special thank you to the staff at Theda Care in Neenah for their wonderful care.
Read Less

We encourage you to share your most beloved memories of David here, so that the family and other loved ones can always see it. You can upload cherished photographs, or share your favorite stories, and can even comment on those shared by others.

Posted Mar 27, 2019 at 07:00pm
We too were neighbors of the Johnston’s for 30 years: I worked a number of job sites with Dave, we had coffee together for years, we told a lot of jokes and had a lot of great laughs, Dave was such an intelligent man, we had so many conversations on so many subjects. I miss him, some day we’ll meet again my dear friend. Our hearts go out to his family.
Comment Share
Share via:

Posted Mar 27, 2019 at 09:22am
Sue and family, please accept my sincere condolences. Although I haven't seen you in over 40 years I still remember you and Dave as the cool young couple who lived across the street from us in Mt. Morris. You were both so kind and fun-loving to the neighbor kids. Blessings and prayers to all of you - Dave was a great guy. Carol (Williams) Duquette
Comment Share
Share via:
TL

Posted Mar 22, 2019 at 09:46pm
Our love & prayers go out to all of you ...
Dave was an amazing guy...
He was a man who was part of many of my childhood memories (Tom) and I am thankful for him ...
And we are happy to have called him our neighbor for the last 18years ...
Thank you Dave for being a strong pillar in the Wild Rose community ...
You will be missed
Comment Share
Share via:
DP

Posted Mar 22, 2019 at 08:44pm
Love and prayers to Dave’s family. The whole family are the nicest people. Dave and Sue have been my neighbors for @ 30 years. Our children grew up together. Dave and Sue had vegetable and flower gardens that were the envy of the neighborhood. Dave will be greatly missed.
Comment Share
Share via: 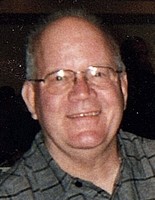