To share your memory on the wall of Donald Erdman, sign in using one of the following options:

Print
On December 26, 2019 Don “Donnie” passed away unexpectedly on his way to the hospital following a brief illness.

Don was born as an only child to Alfred and Linda (nee Schroeder) Erdman in November 1937. He grew up on and then own... Read More
On December 26, 2019 Don “Donnie” passed away unexpectedly on his way to the hospital following a brief illness.

Don was born as an only child to Alfred and Linda (nee Schroeder) Erdman in November 1937. He grew up on and then owned the family farm in Borth and was a devoted Milk Hauler, Dairy Farmer, and a Corn Seed Dealer. His last job was at Schoenberger’s Pastry Shop. He was a member of the National Rifle Association for many years. Don was baptized and confirmed at the Borth Evangelical United Brethren. Don married Carol Fink on April 9, 1963 and later divorced in 1983. They had daughters Louise and Grace.

Don worked very hard at whatever he did and took pride in his accomplishments. He had a very giving heart and was willing to help anyone with their needs. In his last years living in Oshkosh he took passion on fixing bicycles for others. Refurbishing abandoned bikes for his family or fixing them for friends. He was known around Oshkosh in making what he called his “bum runs” on his bike adorned with bags to various businesses and talking with people. He benefited from Father Carr’s, the Salvation Army, Trinity Episcopal Church, and First Presbyterian Church by their meals and many friendships which he spoke of often.

Don was very unique; a true and untiring work ethic going above and beyond in every task, gave away much of his food and collections to others, and always putting others above himself. He didn’t have much but was willing to give what he had to those with needs. Although in his last years he lived a simple life, he was anything but simple. Strong willed, very much a thinker, wise about his favorite topics and willing to speak at length to those that engaged him. His mind was sharp as a tack, even up to his last moment, and he spoke with great authority which seemed to exceed just having a high school diploma from Berlin High School in 1955. His informal education continued with many life experiences and frequent trips to the Oshkosh Public Library. Don truly wanted to share his knowledge, wisdom, time, and efforts so that others could benefit.

Don will be missed by many and for many different reasons. Those he missed that preceded him in death are his parents. Survivors are; daughters Louise Erdman, Grace (Scott) Taphorn, grandchildren; Dale (Misuzu), Dana (Jeremy), Destiny (Chase), Desiree, Dakota, Dekenzy, Haley (Christian), Kacey, Tommie, Aaron, and Sydney, great grandchildren; Chandler, Quinn, Ravyn, Takuma, Kurama, Izumi, Kallie, and Princeton. He is further survived by relatives and many friends.

A celebration of life for Don will be held at a later date.
Read Less

There are no events scheduled. You can still show your support by sending flowers directly to the family, or planting a memorial tree in memory of Donald Earl Erdman.
Plant a Tree

We encourage you to share your most beloved memories of Donald here, so that the family and other loved ones can always see it. You can upload cherished photographs, or share your favorite stories, and can even comment on those shared by others.

Posted Jan 30, 2020 at 10:17pm
Don was my friend. I met him when I moved onto the boarding house where he was living at the time . Upon questioning me about my last name and any relation to Ted Gillick,who bred Don's dairy herd for years,when Don found out that was my father,I was in like Flint, as far as Don was concerned! Don had high regard for my dad and we became instant friends and only better friends as time went on. Don was one of the most honest,hard working and giving person I have come to know. He will be deeply missed by myself and so many others.😪
Comment Share
Share via: 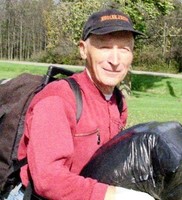 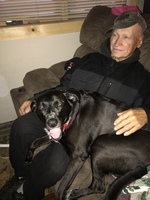