To share your memory on the wall of Gerald Dodd, sign in using one of the following options:


The family will have a service at Lakeview Memorial Park. Visitation will be held on Friday April 30 from 12pm until time of service at 2pm.
Read Less

To send flowers to the family or plant a tree in memory of Gerald J. Dodd, please visit our Heartfelt Sympathies Store.

Receive notifications about information and event scheduling for Gerald

We encourage you to share your most beloved memories of Gerald here, so that the family and other loved ones can always see it. You can upload cherished photographs, or share your favorite stories, and can even comment on those shared by others.

The Sattergren family and Malcolm, Scot, Shawn, and Jackson Carlson, and other have sent flowers to the family of Gerald J. Dodd.
Show you care by sending flowers

Posted May 03, 2021 at 07:48pm
So sorry to hear of Gerry's passing. As kids, we played football in the front yards of our parent's farms. I recall his quick wit, big boisterous laugh, and tremendous kind heart. Hugs and prayers to his family and friends during this difficult time. Gone too soon. RIP my old friend.
Comment Share
Share via:
TM

The Sattergren family and Malcolm

Posted Apr 28, 2021 at 06:51pm
In memory of a great friend Gerald Dodd with our most heartfelt sympathies. The Sattergren Family

The Sattergren family and Malcolm purchased flowers and planted a memorial tree for the family of Gerald Dodd. Send Flowers

Posted Apr 27, 2021 at 05:10pm
Wishing you peace to bring comfort, courage to face the days ahead and loving memories to forever hold in your hearts.

Posted Apr 25, 2021 at 08:21pm
I would run into Jerry “The Ace” when on the road. He was a professional driver in every way. When at the tractor pulls , he always made time to chat, and when it came to talking farming, ya always learned a lot by listening cause Jerry knew Farming. Be comforted that he’s walk’n through greener pastures and beside still waters with the good lord, and who knows maybe talking about how to make them greener. RIP Jerry.
Comment Share
Share via: 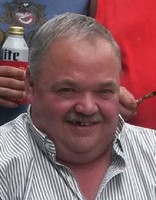