To share your memory on the wall of Gerald Gialdella, sign in using one of the following options:

A visitation will be from 3:30 p.m. until the time of the celebration of life at 5:30 p.m. on Friday, May 28, 2021 at River Valley Church, 1331 High Ave., Oshkosh. A memorial service will also be held in Shelbyville, TN at a later date. In lieu of flowers, donations may be made in Jerry’s name to the American Cancer Society.

The family extends a special thank you to the staff at the Michael D. Wachtel Cancer Center at Mercy and to Compassus Hospice for their wonderful care.
Read Less

To send flowers to the family or plant a tree in memory of Gerald W. Gialdella, please visit our Heartfelt Sympathies Store.

Receive notifications about information and event scheduling for Gerald

We encourage you to share your most beloved memories of Gerald here, so that the family and other loved ones can always see it. You can upload cherished photographs, or share your favorite stories, and can even comment on those shared by others.

Dawn Bealing and Terry Kulibert sent flowers to the family of Gerald W. Gialdella.
Show you care by sending flowers

Posted May 27, 2021 at 09:06am
May these flowers express what words never could. Sending our love and deepest sympathies.

Flowers were purchased for the family of Gerald Gialdella. Send Flowers

Posted May 24, 2021 at 08:23pm
Daddy G- the world is dimmer without the light you brought whenever you were around! I’m going to miss getting a great big hug from you and hearing you laugh! I’ve been blessed to have you as part of my second family for 28yrs and I know it just won’t be the same without you around! To my dear Gialdella/Buckner family- I know how much he meant to you all, I know how loved he was and I’m so sorry you have to travel the earth without him now. I love you all so so much!!!
Comment Share
Share via:
DB

Posted May 24, 2021 at 07:32pm
Wishing you peace to bring comfort, courage to face the days ahead and loving memories to forever hold in your hearts. 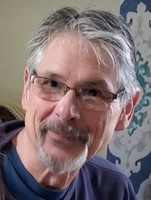 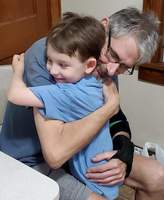