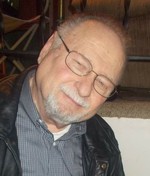 Gerald D. LaPoint, age 77, passed away on Thursday, November 12, 2020. He was born in Oshkosh on March 26, 1943 the son of the late Carvel and Dorothy (Eichman) LaPoint. Jerry was proud to serve in the U.S. Navy. On June 2, 1983 he married Laura Lovegrove in Kenosha. He graduated with a bachelor’s degree at Moody Bible College. In addition to providing many weddings and baptisms, he did many jobs including being a warehouse supervisor at Outboard Marine Corperation and working at casinos. He was an avid Packers fan. Jerry will be remembered for being a very Christian person and for having an open ear when people needed to talk.