To share your memory on the wall of Jack Fuller, sign in using one of the following options:

Jack returned home to Oshkosh between the wars and Fuller family history was made the night he met Mary Merk on a blind date set up by his good friend, Bing Doemel. Family lore states that he fell in love with Mary’s beautiful blond hair! They married on May 5, 1951 at St. John’s Catholic Church in Oshkosh.

Jack began his career at Kimberly Clark Corporation and later moved on to a successful and long-tenured career at Mercury Marine Corporation. Jack quickly worked his way up the ranks at Mercury eventually serving as foreman and general foreman in the prop-finishing department where he met many of his life-long friends. Jack retired from Mercury Marine in 1988. During his long and fulfilling retirement, Jack had a passion for fishing both on open waters and ice. He was still taking solo fishing expeditions at the age of 92, while expertly tying his own flies! Nothing pleased him more than to provide a fresh-fish meal for his family, caught in one of his “secret” fishing spots – unshared to this day! Jack also cherished turkey and deer hunting with his boys and son-in-law. Jack was an active member of the Last Man’s Club, Cook Fuller American Legion Post 70, and the Otter Street Fishing Club. Jack had the wonderful opportunity to participate in the Honor Glory Flight to Washington DC and to fly with AADF in a Boeing Stearman biplane, the same aircraft used to train many military aviators in the nineteen forties. His children and grandchildren fondly knew him as “Grandpa Fix-It” as Jack could fix just about anything: bikes, lawn mowers, Christmas lights, toys. . . He had the patience of a saint and applied his brilliant mind to creative fix-it solutions! Jack and Mary were life-long members of St. John’s Catholic Church and St. Jude’s Sacred Heart Church. Jack and Mary spent the final months of their lives as residents of Evergreen Manor. Here, true to his nature, Jack worked diligently to represent his fellow residences’ needs with the goal of always making the world - his world - a better place. He also took up playing bingo with a vengeance and received the nickname, Bingo Master! Perhaps one of the most satisfying aspects of Jack’s time at Evergreen was beginning to paint for the first time in his 95-year life. Jack’s productions were quite beautiful, and he enjoyed much satisfaction through the act of creating, just as he had done in so many other areas throughout his life. The family would like to express their sincere gratitude and appreciation for the wonderful care and patience provided by the Evergreen Manor staff and Ascension Hospice. A special thank you to our Dad’s angels of mercy: Ashley, Kim, Kelly, Stacey, Sam, Joann, Cassie, Aaron, Neena, and Perla. You were a true blessing to Mom and Dad and our entire family.

A private Mass will take place for the immediate family to honor Jack’s memory. Due to COVID and per Jack’s request, a Celebration of his and Mary’s lives together will take place at a later date. In lieu of flowers, Jack has requested that any donations be given to the Ageless Aviation Dreams Foundation. This Foundation is a nonprofit organization built on the philosophy of “Giving Back To Those Who Have Given”. The Foundation’s focus is on recognizing seniors and veterans living in long-term care communities and helping them fulfill their dream of flying. To make a donation via check please mail to: Ageless Aviation Dreams Foundation, 1894 E. William St. #4-451, Carson City, NV 89701.

No tears, no sorrow. I am free and I am at peace. Do not mourn my death but celebrate a life well lived. Till we meet again, have an Old Fashioned for the good times we’ve shared! Jack Fuller
Read Less

Receive notifications about information and event scheduling for Jack

There are no events scheduled. You can still show your support by sending flowers directly to the family, or planting a memorial tree in memory of Jack Arthur Fuller.
Plant a Tree

We encourage you to share your most beloved memories of Jack here, so that the family and other loved ones can always see it. You can upload cherished photographs, or share your favorite stories, and can even comment on those shared by others.

Plant a Tree in Memory of Jack
Plant a tree 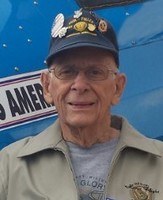