To share your memory on the wall of James Jackson, sign in using one of the following options:

He married Kristie Kosmer on October 7, 1991 in Oshkosh Wisconsin. James worked for many... Read More
James Albert Jackson, age 50, passed away January 19, 2020. He was born on November 13, 1969 in Baltimore, Maryland to Vernon and Kathleen Jackson.

He married Kristie Kosmer on October 7, 1991 in Oshkosh Wisconsin. James worked for many years as a truck driver. He enjoyed working on cars, cooking, spending time with his family, boating, fishing, ghost hunting shows, storm chasing and helping anyone in need.

He is preceded in death by his grandmother, Edna Kiefer; father, Vernon Jackson; dog, Bella; and Carl and Sandra Arnold.

To send flowers to the family or plant a tree in memory of James Albert Jackson, please visit our Heartfelt Sympathies Store.

Receive notifications about information and event scheduling for James

We encourage you to share your most beloved memories of James here, so that the family and other loved ones can always see it. You can upload cherished photographs, or share your favorite stories, and can even comment on those shared by others.

Allied Riverdale and The Hert Family sent flowers to the family of James Albert Jackson.
Show you care by sending flowers

Posted Jan 24, 2020 at 12:07pm
James, I will always treasure the Love and memories. We met so young, and you took my children in and made them your own, You were (are ) the best husband, father, and grampa. We had our great times, good times, bad times and horrible times, we survived. For richer , for poorer,in sickness and in health till death did us part, But not forever, Until we are joined again,You taught the kids soo much, you tried teaching me, i was stubborn, Now i will have to learn, with your guidance from above i still need and want you. Please watch over us, especially Zak, Please send a bluejay or red cardinal to me, Zak wants a Eagle I pray i did you well for your funeral, PLEASE let me know you are ok you know how i feel about that come visit me, let me feel your presence. I don't know if i told you i loved you that day, i never got to say goodbye. You were supposed to go to the hospital and be better:( But you always said "you don't always have to say it, you show your Love in many way,,,,,,,,,,,,, Love you now and forever always until me meet agin Love you Your wife Kristie
Comment Share
Share via:
AR

Posted Jan 22, 2020 at 05:25pm
Brandon Jackson Allied Iowa is thinking of you during this time. Sorry for your loss.

Posted Jan 22, 2020 at 12:37pm
My condolences to Jim's family on such a tragic loss. I got the opportunity to know Jim many years ago, when Kristi's children were young and shortly after Austin was born. Jim and I got to know each other well during that time, and I always had a great deal of respect and appreciation for the opportunity to know him. Jim went through a lot in his life, much more than most people know, and yet he worked hard to overcome the challenges that he faced growing up and as a young adult. Jim admitted that he struggled to express himself and be vulnerable with others; but rest assured, Jim had a big heart, and cared very deeply for his family and those around him. Jim knew he had a wonderful family, and he loved all of you with all of his heart. I always considered Jim a friend, and always felt a positive connection to him even after we lost touch over the years. I am so sorry that he is gone, and that all of you must process this difficult loss. My sympathies to all of you who are grieving Jim's passing.
- Fred Lightner
Comment Share
Share via:

Thank you so much Fred , you were a part of our family Love Kristie
HS

Posted Jan 22, 2020 at 09:00am
Please accept our most heartfelt sympathies for your loss... Our thoughts are with you and your family during this difficult time.

Flowers were purchased for the family of James Jackson. Send Flowers 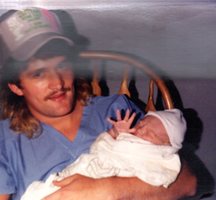 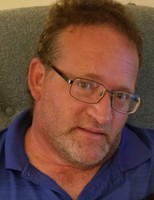