To share your memory on the wall of Jerome Markofski, sign in using one of the following options:

Print
Jerry “Big Jer” Markofski, 51, passed away on Monday, December 7, 2020 with his family by his side. Jerry fought a courageous battle with cancer. He was born on June 6, 1969 in Oshkosh, the son of the late James and Kathleen Markofski.

Jerry “Big Jer” Markofski, 51, passed away on Monday, December 7, 2020 with his family by his side. Jerry fought a courageous battle with cancer. He was born on June 6, 1969 in Oshkosh, the son of the late James and Kathleen Markofski.

Jerry graduated from Oshkosh North High School in 1987. He began his blue-collar career as a co-op student in 1986 at Oshkosh Marine Supply, working there until 1995. He then went to Meritor in 1996 where he was currently employed.

Jerry was a member of St. Peter’s Parish (Most Blessed Sacrament), Oshkosh, WI. He was a volunteer firefighter for the Town of Oshkosh, a passion he shared with his father and brothers. He also volunteered for the Otter Street Fishing Club. Jerry lived on the river, and always looked forward to the annual perch run, scheduling his vacation days around it. His big heart and personality drew many groups of friends in whatever “venture” or “venue” he was a part of.

Survivors include his five siblings: Roxane Fitch, Randal (Debi) Markofski, Lori (Bobby) Burns, Ronald (Toni) Markofski and Jeffrey (Jill) Markofski, all of Oshkosh; special nephew and nieces: Dustin, Kayla, Karisa, Morganne and Nicole; and great-nieces and nephews, numerous aunts, uncles and cousins. He was preceded in death by his parents, grandparents, and numerous aunts and uncles.

Jerry’s siblings are respecting his wish to be cremated, and laid to rest with his parents at Lakeview Memorial Park.
From beloved Aunt and Godmother, Paula Diley.
“Travel well son… the road is sure and you are safe in the arms of our loving Lord and Savior Jesus Christ. We will be together again.”
Read Less

Receive notifications about information and event scheduling for Jerome

There are no events scheduled. You can still show your support by sending flowers directly to the family, or planting a memorial tree in memory of Jerome Howard Markofski.
Plant a Tree

We encourage you to share your most beloved memories of Jerome here, so that the family and other loved ones can always see it. You can upload cherished photographs, or share your favorite stories, and can even comment on those shared by others.

3 trees were planted in the memory of Jerome Markofski 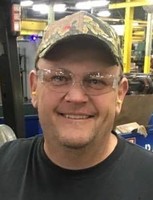