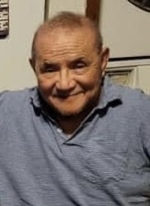 Jorge loved his family; they were everything to him. Jorge was a kind and compassionate man who would give you the shirt off his back if you asked. He enjoyed traveling and playing guitar. Jorge had a unique sense of humor and always found humor in every situation.

Catholic Funeral Mass will be held for Jorge at Most Blessed Sacrament (St. Mary Church), 605 Merritt Ave., Oshkosh, WI 54901 on Saturday, June 4th at 11am. A celebration of life will be held at Union Hall, 2920 Oregon Street, Oshkosh WI, 54902 following mass at 1pm.