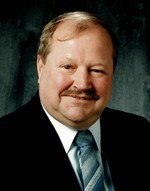 Keith Eugene Foster, age 73, passed away on Monday, April 11, 2022. He was born in St. Paul, MN on October 17, 1948, the son of the late Donald and Myrtle (Nolan) Foster. On October 17, 1979, on his birthday, he married Kathleen Wagner in Las Vegas. He was proud to have served in the United States Marine Corps from 1966 to 1970, during the Vietnam War, as a helicopter mechanic. He finished his service in Guantanamo Bay, Cuba. Keith was employed by Greyhound Bus Lines, primarily as a driver, working out of Minneapolis, St. Paul and Milwaukee, retiring in 1988. After retirement, he started to succumb to complications from exposure to Agent Orange. He enjoyed traveling, and sharing his travels with others. He was known to be sociable and treasured his time with family and friends. Keith will be remembered for his home-made “Old Fashions”, sense of humor, and love he had for friends and especially his family.

A private service will be held. Memorials in Keith’s name may be made to the Oshkosh Humane Society, 1925 Shelter Court, Oshkosh, WI 54901 and United Veterans Honor Guard of Oshkosh, 333 Carrington St., Waupun, WI 53963. Unspecified memorials will be given to local Vietnam War Veteran Organizations.

The family expresses a special thank you to all who cared for Keith. He received wonderful care.