To share your memory on the wall of Larry Grahn, sign in using one of the following options:

Larry had been employed by Parkview Care Center in Ripon as the director of maintenance for over twenty years. Most recently Larry enjoyed working at Ace Hardware in Ripon for the last twenty-eight years.
In his leisure time, Larry enjoyed going for drives in the country, Maggie Mae concerts and casinos with his wife Gloria. He was an avid NASCAR fan, rarely missing a race. He enjoyed feeding the local bird population and watching them from his own perch – his recliner. Larry cheered for the Brewers and Badgers and was a Green Bay Packer’s fan by marriage. He was a hobby woodworker, creating precious family heirlooms including an oak cradle and rocking horses for his grandchildren. Larry enjoyed many breakfasts with his crew of friends at McDonalds where they shot the breeze and shared some laughs. He especially cherished time spent with his grandchildren and his granddog Willie.

Services will be held at Messiah Lutheran Church, 500 Mayparty Dr, Ripon, WI 54971 on Saturday June 22. The family will happily receive visitors from 10am until noon, the time of the service.
In lieu of flowers a memorial is being established in memory of Larry.

A very special thank you to Susan Formiller for all you have done to support our family. Thank you to the Schwartz Lane and Forest Ridge neighbors who are a continual source of help. Thank you to the many friends and family that visited Larry during his hospital and nursing home stays over the last year, especially Pastor Bryan Fritsch. Each of you have been a blessing!
Read Less

To plant a memorial tree in honor of Larry Grahn, please visit our Heartfelt Sympathies Store.

There are no events scheduled. You can still show your support by sending flowers directly to the family, or planting a memorial tree in memory of Larry Grahn.
Plant a Tree

We encourage you to share your most beloved memories of Larry here, so that the family and other loved ones can always see it. You can upload cherished photographs, or share your favorite stories, and can even comment on those shared by others.

Plant a Tree in Memory of Larry
Plant a tree 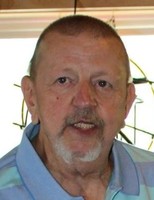