To share your memory on the wall of Lorraine Bessert, sign in using one of the following options:

Lorraine was born on June 17, 1930 in the town of Rantoul, daughter of the late Adolph and Lydia (Zahn)... Read More
Lorraine J. Bessert, age 89, of Oshkosh died peacefully on December 13, 2019 at Evergreen Retirement Community surrounded by family.

Lorraine was born on June 17, 1930 in the town of Rantoul, daughter of the late Adolph and Lydia (Zahn) Lau. Lorraine attended Riverview School and completed her sophomore year at Chilton High School when Adolf bought a second farm and she was needed at home.

Lorraine married Harvey Bessert on July 3, 1948 at Rantoul Lutheran Church. They were blessed to have 71 years together.

Lorraine was a true homemaker; cooking, baking, canning and always making sure others were fed first. She had many jobs during her lifetime and volunteered thousands of hours.
In the mid-1950’s physicians in Chilton and New Holstein asked Lorraine and others to collect pledges throughout Calumet County in order to raise funds for a hospital in Chilton. Chilton Memorial Hospital (now Ascension Calumet Hospital) opened in 1956. Lorraine created the Hospital Auxiliary/volunteer group and later served as Auxiliary President for several years. During that time she created the RN scholarship fund and the gift shop. Lorraine’s three youngest children were also born at that hospital.

Lorraine and Harvey partnered in several business adventures. Lorraine became the first women licensed by the Chicago Board of Health in the state of Wisconsin in 1964 to pick-up milk from the farmers and unload at dairy/cheese plant. Now both Harvey and Lorraine had their own bulk trucks. Lorraine worked part-time helping Harvey and also assisted other drivers when needed. She also waitressed and bartended during this time.

While on a well deserved vacation in August 1965 in Shawano, they returned home owners of four rental cottages. Lorraine and the youngest kids headed for Shawano every summer and Harvey would join them on the weekends. In 1966 they purchased Shady Putt a miniature golf course with two trampolines on Shawano’s North Shore.

In 1967 the milk route was sold and they moved from Potter to Shawano. In 1967 they also constructed an amusement building to include bumper cars, pinball games, pool tables, etc. and a restaurant. Summers were busy. Off season; Lorraine worked in many supper clubs in the Shawano area waitressing and bartending. She also obtained a food certificate from NWTC in Green Bay and cooked at the Convalescent Home in Shawano.

In February 1978 they visited friends wintering in the tip of TX and by April they purchased eight acres of land to develop into an RV Park. In September 1978 they moved to Edinburg, TX. And with the help of good friends the (late) Elroy Fischer and (late) brother-in-law Bob Wittmann the recreation building was constructed and 48 septic tanks were installed. DoLittle RV and Trailer Park was now open for business. They enjoyed the company of winter Texans, many who returned year after year. Several winter Texas also included family/friends from Wisconsin.

Lorraine waitress at several restaurants, worked at a local green house and later managed the kitchen at Charter Palms Rehabilitation Center in McAllen. She also volunteered at the hospital and St. Paul’s Lutheran Church.

In 1998 DoLittle RV Park was sold to their youngest son, Joel.

Lorraine and Harvey were blessed to travel with family and friends. They traveled with friends Jerry (late) and Elaine Brill on yearly trips with the “Farmers on the Bum” group. They also traveled to Europe, Ireland and Hawaii with the Brill’s. They traveled to Germany, Austria, France and Italy with Wayne (late) and Donna Lau. They cruised the Rhine River with Dale (late) and Dorothy Corwith in addition to enjoying many car trips across the USA. But their best trips were the bi-annual vacations with children and grandchildren; particular trips to the Great Smoky Mountains.

After spending several summers in Omro, with son James, they permanently moved to Evergreen Retirement Community in Oshkosh August 2015.

Lorraine is survived by her husband, Harvey. She will be missed by children: James of Omro, Jean (Don) Mueller of Brookfield, John (Sue) Bessert of Oshkosh, Julie Bessert of Houston and Joel of Edinburg, TX. Survived by 3 grand-children: Corey Pettway of Tomball, TX; Jamie (Dan) Crouse of Oshkosh and Benjamin (Megan) Mueller of West Milwaukee. 7 great-grandchildren include: Estella and Landon Marschall and Killian Crouse of Oshkosh; Nicholas Young, Devon and Brylee Pettway of Tomball; Lily Mueller of West Milwaukee.

Also survived by in-laws: Donna Lau, Darol Behnke, Ronald Bessert and June Bessert. She is further survived by nieces, nephews and other family and friends.

The family would like to extend a thank you to Evergreen and Sharehaven Memory Care facility for the care and compassion shown to Lorraine.

There are no events scheduled. You can still show your support by sending flowers directly to the family, or planting a memorial tree in memory of Lorraine June Bessert (Lau).
Plant a Tree

We encourage you to share your most beloved memories of Lorraine here, so that the family and other loved ones can always see it. You can upload cherished photographs, or share your favorite stories, and can even comment on those shared by others.

Plant a Tree in Memory of Lorraine
Plant a tree 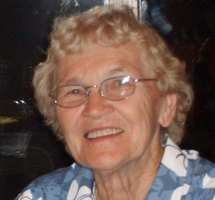