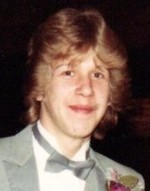 Mathieu J. Everson, age 55, passed away on Tuesday, January 1, 2020. He was born in Fond du Lac on December 19, 1964 the son of the late Milbert and Eleanor (Pixley) Everson. Mathieu was known to enjoy his music and loved to play his guitar. He will be remembered for the love he had for his children and grandchildren.

Mathieu is survived by his children: Jamie Everson and Zachariah Everson; grandchildren: Frederick, Frederick and Alex Everson; brothers; Lance Everson and Michael (Dixie) Everson; sister, Laurie (Joseph) Cuadra; and nieces and nephews. He was preceded in death by his parents; and sister, Suzanne Peterson.