To share your memory on the wall of Michael Augustine, sign in using one of the following options:

Print
Michael Augustine of Oshkosh, passed away Friday afternoon, April 19, 2019 at the age of 66.

Michael was born October 26, 1952, to Maynard and Elaine (Wiltman) Augustine in Kewaunee, WI.
Michael worked as a diesel mechanic and oft... Read More
Michael Augustine of Oshkosh, passed away Friday afternoon, April 19, 2019 at the age of 66.

Michael was born October 26, 1952, to Maynard and Elaine (Wiltman) Augustine in Kewaunee, WI.
Michael worked as a diesel mechanic and often worked on large trucks fixing them. He worked for the Winnebago Highway Department clearing snow until he retired in 2017. Michael was always tinkering and fixing things for anyone that asked. When he wasn’t fixing things for people, he was restoring old vehicles.

Michael is preceded in death by his father.

To send flowers to the family or plant a tree in memory of Michael Robert Augustine, please visit our Heartfelt Sympathies Store.

Receive notifications about information and event scheduling for Michael

We encourage you to share your most beloved memories of Michael here, so that the family and other loved ones can always see it. You can upload cherished photographs, or share your favorite stories, and can even comment on those shared by others. 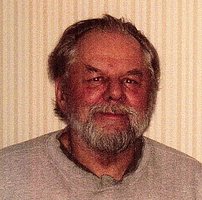