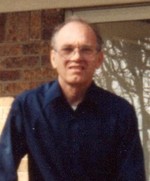 Norman P. Irish, age 91, passed away in Oshkosh on Friday, July 17, 2020 after succumbing to a brief illness. He was born to Charles and Hazel (Rosio) Irish on March 20, 1929 in Antigo, Wisconsin. He served his country in the U.S. Air force. Norman married Irmagard Honzik on July 8, 1951 in Antigo. He relocated to Kenosha, Wisconsin where he raised his family and was employed by Mac Whytes. He retired to Elcho, Wisconsin where he resided for many years. Norman and his wife moved to Hot Springs, Arkansas where he lived until Irma' s death on January 2, 2009. Norman returned to Wisconsin and lived in Oshkosh until his death.

Norman was preceded in death by his wife, both parents, and brothers: Richard Irish, Robert Irish, William Irish and Donald Irish. He is survived by his sons: Patrick Irish of Oshkosh, Wisconsin and Terrance Irish of Mesa, Arizona; four grandchildren; six great-grandchildren; sister, Hazel Sejba; and nieces and nephews. He will be remembered as a complex, loving and intelligent man, who loved literature, stimulating conversation, music and humor. He was loved for his generosity and willingness to mentor those in need. Norman will forever be etched in the hearts of those who loved him.

Private family services will be held.