To share your memory on the wall of Patrick Peterson, sign in using one of the following options:

Pat is survived by his sons: James and Richard Peterson; grandchildren; sisters: Jackie Culp of Tuscan, AZ, and Jillaine (Chris) Applebee of Waukau; brother, Joel Peterson of Minnesota; and lots of nieces and nephews. He was preceded in death by his father, Emil; mother, Elaine “Peteie” Schulz; sister, Myrnell Peterson; and brothers: Dennis Peterson and Michael Peterson.

He will be missed by lots of friends and family.

The family extends a special thank you to Aurora at Home Hospice; and friend, Steve Tyson who brought Pat to and from his appointments. Further, thank you to family and special friends for being with Pat until he went to be with his loved ones.

Receive notifications about information and event scheduling for Patrick

There are no events scheduled. You can still show your support by sending flowers directly to the family, or planting a memorial tree in memory of Patrick James Peterson.
Plant a Tree

We encourage you to share your most beloved memories of Patrick here, so that the family and other loved ones can always see it. You can upload cherished photographs, or share your favorite stories, and can even comment on those shared by others. 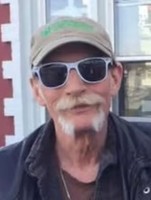