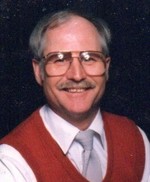 Ralph J. Martin, age 72, passed away peacefully on Saturday, April 4, 2020. He was born in Oshkosh on January 21, 1948 the son of the late Henry and Angeline (Thompson) Martin. He worked for S&S Autobody and Oshkosh Truck for many years, being very good at body work. His interests included hunting, fishing, and the occasional visit to the casino, and magic tricks. Ralph will be remembered for unique sense of humor, loyalty, and would give you the shirt off his back.

Burial will be at a later date when his twin sister, Bonnie, passes, so they can be together in Waukau Cemetery.