To share your memory on the wall of Robert Schultz, sign in using one of the following options:

He graduated from Milwaukee Technical High School, then served his country in the U.S. Marine Corps and further served four more years in the U.S. NAVY. He then returned to Milwaukee where he fulfilled a five-year indentured apprenticeship at Magaw Electric to become a Journeyman Electrician. He also worked at Roman Electric in Milwaukee.

In 1972, Bob bought a 160-acre hobby farm in the Wautoma area. He boarded and raised horses, and golden retrievers. Bob was a member of the Midstate riders, and an official of the Wisconsin Pinto Club. In 1972 Bob went to work for Mercury Marine as an electrician and retired from Mercury Marine in 1998. During his retirement he traveled as much as possible, especially to Arizona, Las Vegas, and Florida. His hobbies were fishing, photography, working out, and perfecting the art of relaxation.

He is survived by his four children, Terrance “Terry” Schultz, Richard “Rick” Schultz, Beth Schultz, an Jean (Carlos) Betancourt; He was the proud grandfather of Nick, Maggie, and Carlos Jr.; he is further survived by his sister, Lois (Tony) Richter; and many nieces, nephews, cousins, other relatives, and friends.

Bob is preceded in death by his parents, and his brother.

A celebration of Bob’s life will take place at St. Raphael in Oshkosh on Thursday, June 25. Visitation will be held from 1pm to 3pm and mass to follow.
Read Less

Receive notifications about information and event scheduling for Robert

There are no events scheduled. You can still show your support by sending flowers directly to the family, or planting a memorial tree in memory of Robert Charles Schultz.
Plant a Tree

We encourage you to share your most beloved memories of Robert here, so that the family and other loved ones can always see it. You can upload cherished photographs, or share your favorite stories, and can even comment on those shared by others.

Plant a Tree in Memory of Robert
Plant a tree 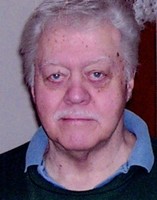