To share your memory on the wall of Roderick Kunz, sign in using one of the following options:

Print
Roderick “Butch” Arthur Kunz, age 88, of Oshkosh, Wisconsin, died on Memorial Day, May 25, 2020 at Bethel Home in Oshkosh, of complications with COVID-19.

Butch was born June 29, 1931 in Appleton, Wisconsin to Charles and Esther Kun... Read More
Roderick “Butch” Arthur Kunz, age 88, of Oshkosh, Wisconsin, died on Memorial Day, May 25, 2020 at Bethel Home in Oshkosh, of complications with COVID-19.

Butch was born June 29, 1931 in Appleton, Wisconsin to Charles and Esther Kunz. He graduated from Appleton High School in 1949 and received a Bachelor of Science in Applied Arts degree in 1959 from University of Wisconsin – Madison. Butch served in the US NAVY as an Airman First Class from 1950-1954 and was a veteran of the Korean War. He served aboard the USS Wasp for nine months and was in Fighter Squadron 172. He was a member of the Veterans of Foreign Wars. Butch enjoyed oil painting, poetry, classical music, reading history books, sail boating, cooking, puzzling, watching old movies, and his pet cats, he also had a great sense of humor. Butch married Dorothy (Pokrandt) Gayhart on April 17, 1982.

Butch is preceded in death by his parents, Charles and Esther Kunz; and brothers, Robert Kunz, Dick Kunz; and sister-in-law, Donna Kunz.

Private services have been held.

Receive notifications about information and event scheduling for Roderick

There are no events scheduled. You can still show your support by sending flowers directly to the family, or planting a memorial tree in memory of Roderick Arthur Kunz.
Plant a Tree

We encourage you to share your most beloved memories of Roderick here, so that the family and other loved ones can always see it. You can upload cherished photographs, or share your favorite stories, and can even comment on those shared by others.

Plant a Tree in Memory of Roderick
Plant a tree 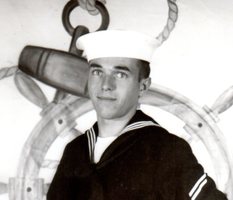