To share your memory on the wall of Roger Hill, sign in using one of the following options:

Preceding him in death are his parents, Floyd and Bertha Hill.

Roger spent 25 years doing his dream job of driving a semitruck over the road. Roger was a man who enjoyed everything about the outdoors, he could often be found landscaping, even when Roger was sick or unwell, he would be out taking care of the yard. He loved to watch wrestling while eating popcorn and above all other things he loved his granddaughters. Roger will be remembered by all those who knew him as a loving and hardworking family man.

Services will be held at Fox Cities Funeral Home, 3026 Jackson Street, Oshkosh, WI on Monday, October 28, with visitation beginning at 10am until the service at 11:30am with full military honors. Roger Hill Sr. was a Proud American Veteran and served in the Vietnam War. Roger’s wishes were instead of flowers people to give a donation to St. Jude’s Children’s Hospital.
Read Less

To send flowers to the family or plant a tree in memory of Roger Dale Hill Sr., please visit our Heartfelt Sympathies Store.

Receive notifications about information and event scheduling for Roger

We encourage you to share your most beloved memories of Roger here, so that the family and other loved ones can always see it. You can upload cherished photographs, or share your favorite stories, and can even comment on those shared by others. 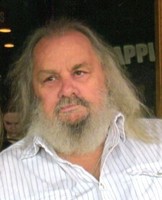