To share your memory on the wall of Ronald Davey, sign in using one of the following options:

After retirement Ron enjoyed the simpler things in life. He enjoyed dropping a line in the water in hopes of catching a fish, listening to music (especially Andrea Bocelli and other classical musicians), playing his keyboard (he was a self-taught musician who could not read music, but could play any tune simply by hearing it), woodworking (he was a master at his craft), playing cards with family and friends, cheering on his Packers and Badgers, watching the planes come in and identifying the jets as they flew overhead during EAA, playing online golf each day with his son Pat (usually losing to him), board games and discussions with his sister Carol, razzing his best friend John, discussing the latest politics and conspiracy theories, endlessly worrying about everyone he loves, and mostly spending quality time with his friends and family as often as possible. Ron will be deeply missed by everyone who knew and loved him.

He was preceded in death by his parents, Glenn and Marie Davey, his in-laws; Henry and Margaret Schuff, siblings; Myrna Malnory and Dick Davey, grandson; William Stanton.

All who knew and loved Ron are welcome to attend an open house on Friday, January 10th from 2PM-6PM at 3161 Elk Ridge Drive in Oshkosh (Hunter’s Ridge Clubhouse). Prayer and a Eulogy will be delivered at 4PM. Join us for a celebration of life at The Bar of Oshkosh, immediately following the open house for a drink and a toast to honor the life that Ron lived. Packer or Badger attire strongly encouraged! In lieu of flowers, a fund has been established in Ron’s name to help cover funeral and medical expenses, please mail to 3151A Elk Ridge Drive Oshkosh, WI 54904.
Read Less

To plant a memorial tree in honor of Ronald Davey, please visit our Heartfelt Sympathies Store.

Receive notifications about information and event scheduling for Ronald

There are no events scheduled. You can still show your support by sending flowers directly to the family, or planting a memorial tree in memory of Ronald Davey.
Plant a Tree

We encourage you to share your most beloved memories of Ronald here, so that the family and other loved ones can always see it. You can upload cherished photographs, or share your favorite stories, and can even comment on those shared by others.

Posted Jan 06, 2020 at 03:33pm
First memory was Ron as an infant laying on our kitchen table with our mother tending to him when I got home from school. He had thrush and mom swabbing his mouth with something purple. Last memory was January 3rd when we played our last game of spades. Many memories in between.
Comment Share
Share via:
MD

I remember Uncle Ron always being kind and caring at the family reunions in Winneconne. He enjoyed meeting everyone and always had good things to say and a huge smile on his face. 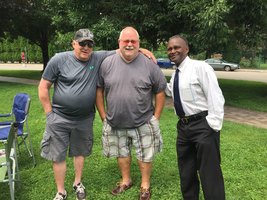 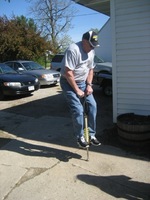 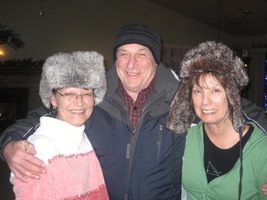