To share your memory on the wall of Russell Gauerke, sign in using one of the following options:

Russ enjoyed being outdoors, hanging out with friends, projects with his son Isaac and listening to music (KISS was his favorite).

It was Russ's wish to not have a funeral service.

We will be having a memorial for him to be announced at a later date.

We would like to give special thanks to Heartland Hospice for the kindness and compassion they showed Russ and our family.
Read Less

Receive notifications about information and event scheduling for Russell

There are no events scheduled. You can still show your support by sending flowers directly to the family, or planting a memorial tree in memory of Russell Gene Gauerke.
Plant a Tree

We encourage you to share your most beloved memories of Russell here, so that the family and other loved ones can always see it. You can upload cherished photographs, or share your favorite stories, and can even comment on those shared by others.

Plant a Tree in Memory of Russell
Plant a tree 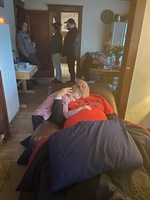 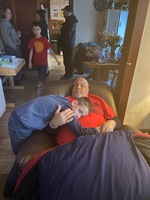