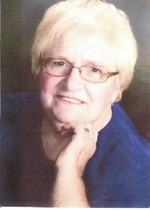 She was born on 12-31-46 in the Town of Ashippun to Alphonse and Barbara R. (Schuster) Martin. She was the 12th of 17 children. She was a graduate of Lebanon Consolidated Grade School and Watertown High School.

Prior to retirement she was employed at John Deere in Horicon, WI. Suzie enjoyed conversation, gambling, puzzle making, cooking, reading, and traveling with her special friend Don Marsh. She had a big heart and always cared and shared with others.

Special thank you to Heritage Court Apartments of Oshkosh where she developed many caring and loving friendships.

A celebration of her life will be held at a later date.