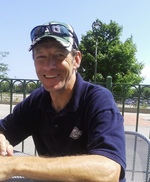 Timothy Magnus passed away in Oshkosh WI on November 7, 2020. He was born to Martha and Wolfgang Magnus on December 19, 1970.

Tim enjoyed puzzles, putting together LEGO figurines and collecting Blu-Rays. He enjoyed watching NASCAR and was an avid Brewers fan. Most of all Tim enjoyed spending time with his family. His family will remember him for being a fighter and a loving father and grandpa.

A celebration of Tim’s life will be held at Fox Cities Funeral Home, on Friday, November 13, 2020 beginning at 3:00pm and services being held at 4:00pm.