To share your memory on the wall of Benjamin Beulen, sign in using one of the following options:

He worked at Buckstaff and Leach Company before going into construction. He worked as a union carpenter for nine years before going out on his own and operating Beulen and Sons Construction from 1980 until 2013. All four of his sons and one daughter-in-law worked for him over the years. His favorite construction jobs were to build log homes or custom homes. He built homes all over the state including several in Door County.

Ben served as Ward 1 Alderman for Omro. He was a founding member of Omro Tourism and EAA Committee and Omro’s Early Morning Kiwanis. He volunteered many hours doing projects for Omro Care Center. He was a member of Winnebago County Home Builders Association for many years.

He and Sue completely remodeled their historic, brick home in Omro, including hand digging the basement out and in 2006 added a mother-in-law apartment to their home for Sue's mother. Their home was featured in several tours in Omro to help fund school scholarships.

Ben’s hobbies were hunting, especially deer hunting up north, riding his ATV, scuba diving and has visited 24 different Caribbean islands, bird watching and feeding, and was especially interested in bluebirds and tried hard to help the population out. He enjoyed auctions and antique collecting; his Indian Maiden Collection was huge. He and Sue owned Piety Hill Antiques, a small antique business for several years. His backyard pond was beautifully built and a pleasure to sit next to and watch the frogs, fish and flowers grow bigger each year. He built a small log cabin next to the pond for pond supplies.

He loved going up to the cabin which he and his sons built in Florence County, where he fed the birds and deer. Taking his grandkids out to pick fresh blueberries was a highlight for him. He loved his wife, his children and his grandchildren. His nickname for Sue was “Honey, my baby.” He was an animal lover; his cats all had a special place with him and he never turned down a new comer to the family.

The family would like to thank the nurses and staff at the Michael D. Wachtel Cancer Center for their attention over the years and the Ascension at Home Hospice staff for their assistance the last several weeks.
Read Less

Receive notifications about information and event scheduling for Benjamin

There are no events scheduled. You can still show your support by sending flowers directly to the family, or planting a memorial tree in memory of Benjamin Julian Beulen.
Plant a Tree

We encourage you to share your most beloved memories of Benjamin here, so that the family and other loved ones can always see it. You can upload cherished photographs, or share your favorite stories, and can even comment on those shared by others.

Posted Dec 20, 2020 at 05:13pm
Ben, I hope the Bluebirds flock to your tree, your descendants swing from the branches, and friends enjoy the shade from your tree. Rest peacefully.

Posted Dec 20, 2020 at 05:06pm
Ben was a delight to know and I feel so honored to have become his friend on one of his many dive trips to Statia. I think he was one of the most genuine kindest people I have ever met. He will be missed deeply by many.
Comment Share
Share via: 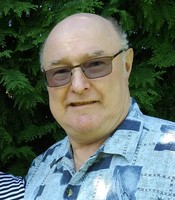