To share your memory on the wall of Charles Muinde, sign in using one of the following options:

Print
Charles Muli Muinde passed away early Saturday morning on 8/29/20 at Century Oakes Assisted Living in Appleton, WI under the care of Ascension Hospice Care after a short battle with cancer.

He was born in Machakos, Kenya on 2/8/1950 int... Read More
Charles Muli Muinde passed away early Saturday morning on 8/29/20 at Century Oakes Assisted Living in Appleton, WI under the care of Ascension Hospice Care after a short battle with cancer.

He was born in Machakos, Kenya on 2/8/1950 into the AKamba tribe to Daniel Waita Muinde and Monicah Lois Mbuvi.

Charles came to study abroad in the U.S. in 1970 to graduate from Oshkosh University with a Bachelor of Science. He later met and was married to Laura Long in 1977 for 19 years.
He retired from Winnebago Mental Health after 30 years of service.
He enjoyed playing and watching golf and was an avid reader. His favorite past time was completing crossword puzzles and of course relaxing with friends. He will always be remembered for his sense of humor and ability to talk to anyone.

He was preceded in death by his parents Daniel and Monicah; siblings, Mutuku, Susan Mumbua, and Katuli.

Due to COVID-19 concerns, a small family gathering is planned to celebrate Charles’ life. We would like to thank St. Elizabeth’s Cancer Team and Ascension’s Hospice Care Team for their care of Charles during his brief battle with cancer.
Read Less

Receive notifications about information and event scheduling for Charles

There are no events scheduled. You can still show your support by sending flowers directly to the family, or planting a memorial tree in memory of Charles Muli Muinde.
Plant a Tree

We encourage you to share your most beloved memories of Charles here, so that the family and other loved ones can always see it. You can upload cherished photographs, or share your favorite stories, and can even comment on those shared by others.

Plant a Tree in Memory of Charles
Plant a tree 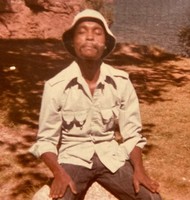 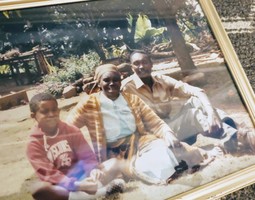 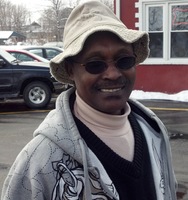 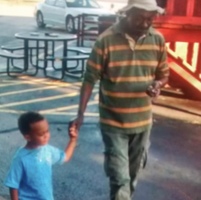