To share your memory on the wall of Darcie Hinds, sign in using one of the following options:

Darcie was a great person, adored by many, and good to those she loved and trusted. She
attended Oshkosh schools. Many of the friends she made in Franklin Kindergarten are still
close. She went on to Perry Tippler Middle and West High School with the class of ’93, later attaining
her GED and earned a LPN from Fox Valley Tech. Known for her infectious laugh, Darcie had
a great spirit, spunk and fire! She enjoyed participating with friends at Richard’s School of
Dance. Over the years, she battled many addictions; She quit alcohol; She quit smoking. But,
how does one quit food? Even after becoming disabled, she continued to help people. Until her
hands no longer cooperated, she sewed things like infant gowns for still born babies.
For eight years she worked the crisis intervention hotline for Winnebago County at Summit
House, Oshkosh. Until they closed, Darcie worked as a CNA for nine years at Shelter Village,
Ripon, a facility that cared for developmentally challenged people of all ages. There she cared
for resident Robert Morris. “Bobby” was a handful for the rest of the staff, but not for Darcie.
She could communicate with him like no other. Darcie applied and became Bobby’s legal
guardian. Her big heart saw his needs were met and included him in her family. At the age of
58, he went to join the angels very early Christmas morning, 2012. Bobby and Darcie’s older
sister, Dawn will welcome her to Heaven, as well as Victor, Darcie’s silly cat.


Darcie is survived by her parents; brother, Dustin D. Hinds, Allenville, WI. (Only 22 months
older than her brother, the two have always been very close.) She is also survived by nephews,
Dean Donald James Hinds and Hunter James Bernetzke. Also surviving her are her aunt and
uncle, Priscilla (Daniel) Yohann, Fond du Lac, WI; her cousins, Aaron (Jena) Yohann; and
Corrine Yohann Bundy, New Salem, WI; and their children Mason & Mia Yohann, and Maebrie
and Evelyn Bundy. Many friends are also mourning her loss.

Darcie’s family would like to thank the staff at Crossroads Care Center, Weyauwega, for their
attention and care. It was the first care facility Darcie had positive comments about. You got her
hard earned stamp of approval!

Due to current issues with Covid19, a Celebration of Life is planned for this coming summer in
Wisconsin. Final resting place will be Liberty Prairie Cemetery, Pickett, Wisconsin.
Read Less

Receive notifications about information and event scheduling for Darcie

There are no events scheduled. You can still show your support by sending flowers directly to the family, or planting a memorial tree in memory of Darcie Marie Hinds.
Plant a Tree

We encourage you to share your most beloved memories of Darcie here, so that the family and other loved ones can always see it. You can upload cherished photographs, or share your favorite stories, and can even comment on those shared by others.

Posted Jan 17, 2021 at 12:22pm
In memory of my little brother Bobbie's birthday and to Darcie who took him in and loved him.

3 trees were planted in the memory of Darcie Hinds 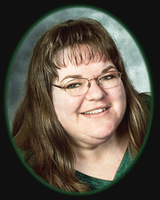