To share your memory on the wall of Eleanor Barney, sign in using one of the following options:

Private services and burial will be held at Riverside Cemetery in Oshkosh. A special funeral mass will be held at a later date. The family wishes to thank those who cared for her during her last years spent at Bella Vista and days spent at Theda Clark Hospital.
Read Less

To plant a memorial tree in honor of Eleanor A. Barney, please visit our Heartfelt Sympathies Store.

Receive notifications about information and event scheduling for Eleanor

There are no events scheduled. You can still show your support by sending flowers directly to the family, or planting a memorial tree in memory of Eleanor A. Barney.
Plant a Tree

We encourage you to share your most beloved memories of Eleanor here, so that the family and other loved ones can always see it. You can upload cherished photographs, or share your favorite stories, and can even comment on those shared by others.

Posted May 05, 2020 at 08:04pm
Our thoughts and prayers are with you during these trying times. God bless you all! 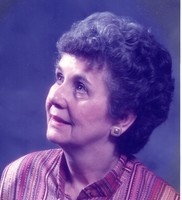