To share your memory on the wall of Frank Straveler, sign in using one of the following options:

Print
Frank “Louie” Straveler, age 84, passed away peacefully with family by his side on January 30, 2020 in Neenah, WI. He was born in Phillips, WI on March 2, 1935 to the late Loyal and Wilma (nee Weisinger) Eastling-Straveler.

Louie was... Read More
Frank “Louie” Straveler, age 84, passed away peacefully with family by his side on January 30, 2020 in Neenah, WI. He was born in Phillips, WI on March 2, 1935 to the late Loyal and Wilma (nee Weisinger) Eastling-Straveler.

Louie was a proud veteran who served in the Air Force on a Bomber Squadron unit during the Korean War. Following his honorable discharge from the Air Force, Louie moved to Oshkosh, WI. It is there he met and married his late wife, Marlene Lippold who passed in 1989. Louie met his “Forever Sweetheart” Jinx Meshnick in 1990 and recently celebrated their 30th anniversary. Louie was employed with the Leach company for many years. In addition, he also owned Granny’s Bar in Black Wolf and was the founder of Stravelers Sports Center in Oshkosh. Louie was proud to be celebrating the 51st anniversary of Stravelers Sport Center with his son Loyal, who took over the business in 1984. Louie retired from Leach Company in 1997 to be able to spend more time at his cabin up north in Brantwood where he was his happiest, enjoying nature out on the deck. He was an avid hunter, sportsman and fisherman and loved spending time with his family teaching them all that he knew about life. Louie also enjoyed his trips to the casino, playing cards and assembling jigsaw puzzles. Over the years Louie and Jinx worked on hundreds of puzzles together, enjoying the coffee and conversation while planning their next big excursion.

Per his wishes, there will be no funeral services.

The family wishes to extend a special thank you to the staff at ThedaCare hospice.
Read Less

Receive notifications about information and event scheduling for Frank

There are no events scheduled. You can still show your support by sending flowers directly to the family, or planting a memorial tree in memory of Frank Louie Straveler.
Plant a Tree

We encourage you to share your most beloved memories of Frank here, so that the family and other loved ones can always see it. You can upload cherished photographs, or share your favorite stories, and can even comment on those shared by others.

Plant a Tree in Memory of Frank
Plant a tree 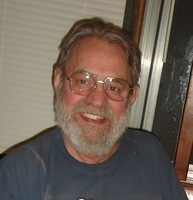 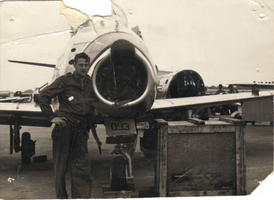