To share your memory on the wall of Frederick Spencer, sign in using one of the following options:

Fred was born in Racine, WI to Clarence and Eunice (Hoffman) Spencer on August 20, 1931. Fred graduated from Washington Park High School in 1950, and enlisted in the U.S. Navy.

Fred spent many summer vacations at the family cottage on Green Lake in Green Lake, WI swimming, boating, and fishing with his brothers and cousins. He worked as a tool and die maker for the family business, Spencer Hydraulics in Racine, WI.
Fred enjoyed working on airplanes with his friends, a group called “The Fly Boyz.” He would spend hours at the hangar rebuilding engines, painting planes, or flying planes. When not with airplanes, Fred enjoyed driving the open road and cooking fine meals.

He is survived by his three sons, Todd, Brian, and Scott Spencer and two sisters-in-law, Laura Spencer and Nancy Spencer. In addition to his parents, Fred was preceded in death by his brothers, Charles Spencer and Philip Spencer, and his wife, Kathryn Jean (Torke) Spencer.

Fred’s wishes were to thank his many friends for their continued friendship over these past years. With care and concern for public safety, no services will be held. A Celebration of Life will be held at a later date. No memorial plans have been made at this time.

Burial will be at the VA Cemetery in Union Grove, WI at a later date.
Read Less

Receive notifications about information and event scheduling for Frederick

There are no events scheduled. You can still show your support by sending flowers directly to the family, or planting a memorial tree in memory of Frederick Wayne Spencer.
Plant a Tree

We encourage you to share your most beloved memories of Frederick here, so that the family and other loved ones can always see it. You can upload cherished photographs, or share your favorite stories, and can even comment on those shared by others.

Plant a Tree in Memory of Frederick
Plant a tree 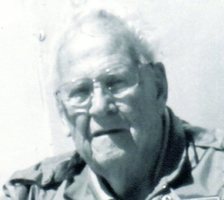