To share your memory on the wall of Ned Seelhorst, sign in using one of the following options:

Ned was an aviation enthusiast and enjoyed flying his Piper Comanche both locally and across the country on various trips. He was also a hunting and fishing enthusiast who enjoyed hunting deer and waterfowl in Wisconsin and Nebraska as well as fishing for walleye on Lake Poygan. Ned was a loving father, husband, and provider for his family whom he devoted his life to and made many sacrifices for over the years to ensure their happiness.

Ned is survived by his wife, Susan Rogers Seelhorst, his two children Mark Seelhorst and Andrea Chapman, his stepchildren: Michael Klein, Theresa Klein, and Deborah Buelter, as well as three grandchildren and two great grandchildren. He is preceded in death by his parents; Beryle and Edward Seelhorst.

Per Ned’s final wishes, there will be no public funeral or memorial service. Ned is to be interred in Dartford Cemetery in Green Lake, WI.
Read Less

Receive notifications about information and event scheduling for Ned

There are no events scheduled. You can still show your support by sending flowers directly to the family, or planting a memorial tree in memory of Ned Thomas Seelhorst.
Plant a Tree

We encourage you to share your most beloved memories of Ned here, so that the family and other loved ones can always see it. You can upload cherished photographs, or share your favorite stories, and can even comment on those shared by others.

Plant a Tree in Memory of Ned
Plant a tree 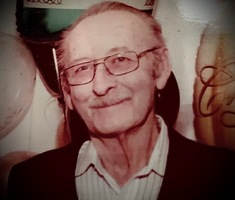