To share your memory on the wall of Patrick O\'Keefe, sign in using one of the following options:

Your condolence has been submitted for approval. There may be a delay before posting.

Pat had a charismatic cowboy appearance, a carefree lifestyle and a great talent for spinning a yarn! His Irish eyes would smile as he drew you into his stories that you were not sure if you could believe or not. He had a heart of gold and would help anyone in need. He loved the outdoors and encouraged his kids to get outside to hunt, fish, or play a game of baseball.

He started working early in life, helping his grandpas and neighbors on their farms. After high school he worked harvesting grain throughout the Midwest and as a coast to coast truck driver. Pat most recently worked with a road construction crew for MCC Inc.

Pat is preceded in death by his father, Robert, and grandparents, Patrick and Iola O’Keefe, and Marion and Leland Lee.

A celebration of Pat’s life will be held at a later date.

“Sit tall in the saddle and hold your head up high. Keep your eyes fixed where the trail meets the sky, and live like you ain’t afraid to die. Don’t be scared…just enjoy the ride.” –Chris LeDoux
Read Less

Receive notifications about information and event scheduling for Patrick

There are no events scheduled. You can still show your support by sending flowers directly to the family, or planting a memorial tree in memory of Patrick Lee O'Keefe.
Plant a Tree

We encourage you to share your most beloved memories of Patrick here, so that the family and other loved ones can always see it. You can upload cherished photographs, or share your favorite stories, and can even comment on those shared by others.

Posted May 25, 2020 at 02:46pm
Never forget ole’ Pat when I went hunting on the land with my buddy Mike Murphree.. Pat was a good guy, always life of the party. Rest In Peace buddy 💔 Gone but never forgotten. Doc Elliott
Comment Share
Share via:

Thank you for the special memory. Kim O'Keefe Stapleton
JE

This was such a nice thing for you to do! Thank you Jim and Kim!

Posted May 22, 2020 at 10:24am
We are at a loss of words during this sorrowful time. Please know that we are thinking of you and praying for peace and comfort. We have a lot of fond memories of our time with Pat.
Comment Share
Share via:

Thank you mike and johna. 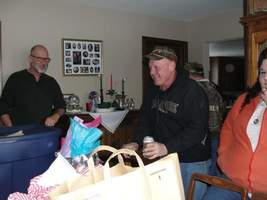 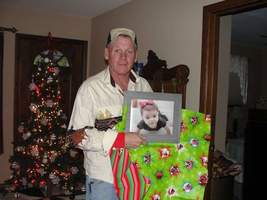