To share your memory on the wall of Richard Muraski, sign in using one of the following options:

He is survived by his wife, Nancy Muraski (Ruedinger); his son, Tom Muraski; step-daughters, Anne (Greg) Grahl, Kathy (Matt) Jaeger, and Susan (Brian) Lamers; as well as seven grandchildren, two great grandchildren, and four cousins.
Preceding Dick in death are his brother, Robert Muraski; his parents, as well as his step-children, George Mavis, Ruth Rozier, and William “Billy” A Lahaie.

A visitation will be held at St. Raphael’s church, 830 S. Westhaven Drive on Saturday March 20, 2021 beginning at 10AM with funeral mass to follow at 11AM and burial at Ellenwood Cemetery.

A memorial is being established.

Richard’s family would like to express their sincere gratitude to Parkview for providing quality care over these eight years. A special acknowledgement to Matt, who enjoyed working with Dick and Jim who helped me.

Thank you to the Aurora Hospice for their outstanding support in these difficult times.
Read Less

Receive notifications about information and event scheduling for Richard

There are no events scheduled. You can still show your support by sending flowers directly to the family, or planting a memorial tree in memory of Richard Walter Muraski.
Plant a Tree

We encourage you to share your most beloved memories of Richard here, so that the family and other loved ones can always see it. You can upload cherished photographs, or share your favorite stories, and can even comment on those shared by others.

Plant a Tree in Memory of Richard
Plant a tree 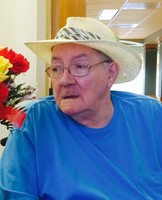