To share your memory on the wall of Richard Rates, sign in using one of the following options:

He was a person who stopped to help others when their car broke down and a landlord who let people stay for free when they were down on their luck. He loved and took care of animals both inside his house and in his yard. Life is hard, and being kind isn’t always easy. His early life was especially difficult, but he found a way to care for and be kind to others. We are sad that he is gone, but are comforted that his love remains as we strive to treat others with the same kindness he showed us. In the end, to his wife, children and their spouses, grandchildren, and friends, it’s all that matters, and it’s why he meant so much to us.

Richard is survived by his wife, Jackie; sons: Richard (Jacqueline) Rates Jr., Ian (Christina) Rates and Christopher (Claire) Rates; grandchildren: Audrey and Jack Rates, and Simon Rates; and sister, Betty Schober. He was preceded in death by his parents; and brother, Jim Herbst.

The family will have a private celebration at a later date.
Read Less

Receive notifications about information and event scheduling for Richard

There are no events scheduled. You can still show your support by sending flowers directly to the family, or planting a memorial tree in memory of Richard Harvey Rates Sr..
Plant a Tree

We encourage you to share your most beloved memories of Richard here, so that the family and other loved ones can always see it. You can upload cherished photographs, or share your favorite stories, and can even comment on those shared by others.

Plant a Tree in Memory of Richard
Plant a tree 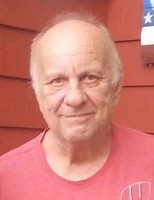